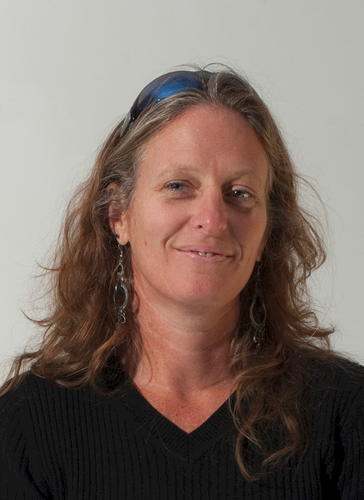 Elle is a gardener, print maker, photographer and installation artist. Through her passion for the environment and while gardening she finds inspiration for her arts practice.
Elle was born in Aruba, Dutch Antilles, where she spent the first 5 years of her life. She is of Dutch decent and has lived in New Zealand since 1981.

Plants are present in our every day lives. Some, like those defined within a garden, engage our consciousness, but many we are not aware off.

They are simply there; forming and changing backgrounds and textures in the world around us, they are commonly considered weeds.These plants arrive without notice, taking up spaces and places we may have temporarily neglected.

Elle enjoys exploring the ephemeral qualities of plants in those in-between places through the processes of print and photography. She seeks to investigate ‘these transient characteristics of nature & plants’ by capturing a permanent image of things that are only short lived – stopping nature’s clock.

Much of her work is spontaneous: a response to the ceaseless, dynamic seasonal changes that continuously alter nature’s face.

Involved - Coordinating 13 other artist to create an individual print and a collaborative print, Liaise with SGCI team in Portland, USA, Applying to other venues to show the portfolio, Manage FB page to create interest in the project

Selection of Exhibitions at John Hill Estate which I curated are: